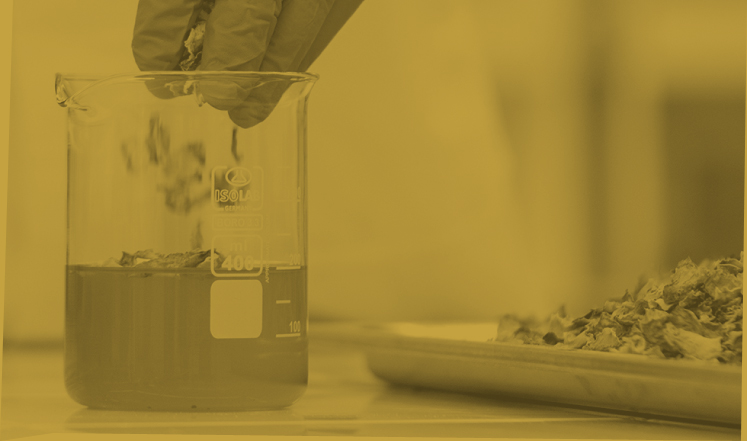 Archaeology of the Senses / Perfume

The journey of KORRES with the National Archaeological Museum began in January 2017, when the company was invited to discuss a potential collaboration for the new exhibition “The Countless Aspects of Beauty in Antiquity”.

In the context of this exhibition focusing mainly on the archaeology of the senses, our team was asked to participate having as a focal point the sense of smell and, more specifically, the scent of perfume. The objective was to try, based on evidence of Linear B script and in the context of experimental archaeology, to manufacture three essential oils while remaining as faithful as possible to the methods used in antiquity.

The starting point is always bibliographic research (Vogiatzis, 2015), which is exactly how I began, looking for plants to use in the manufacture of essential oils.

Early in March 2017, my bibliographic research continues, this time focusing specifically on the ancient method of manufacturing essential oils and, in particular, on the work of Fappas 2009 and Shelmerdine 1985, as well as references from earlier foreign scholars and from ancient texts, such as recipes in the original books of Dioscurides and information from the books of Theophrastus.

My research journey takes me to Crete, where I visit the library of Rethymno, looking for a paper by Ellen Douglas Foster (Foster 1988), a work which proved very helpful for me to understand the method of manufacturing essential oils in antiquity. In addition to including in her paper extensive research on the Mycenaean way of preparing oils, as well as the translation of many related ideograms, Foster has a unique way of transferring the reader to the magical world of antiquity. It is on her paper that I founded my understanding of the process of heat extraction and the manufacturing of perfumes.

As soon as I return from Crete and complete my bibliographic research, I decide on the selection of three aromatic plants, namely rose, sage and nut grass/coriander, as well as the method that I would use to make the essential oils.

According to the research of Ellen Douglas Foster (Foster 1988), the method that Mycenaean perfumers used to make essential oils is not known and can only be approached on the basis of Linear B evidence and the texts of Theophrastus (On Odors) and Dioscurides (De Materia Medica).

In the Classical period, essential oils may have been made by simply steeping the flavoring (of plant or other origin) in a vegetable fruit oil (e.g. olive oil, sesame oil, almond oil), without heating (boiling), or by using one of the complicated recipes detailed in the texts of Dioscurides. The recipes are divided into two categories: (a) Those that use only one flavoring (i.e. the main substance which gives the essential oil its final predominant scent), which has a light scent and comes from fresh flowers, leaves or fruit; (b) Those that use various flavorings with a heavy, strong scent (such as myrrh, cinnamon, balsam), which were imported.

The essential oils of the first category were created with a process involving the treatment of an oil-base with the heat extraction technique, using a variety of plant materials called, especially for this purpose, stymmata (sing. stymma), which had a weak scent. This process resulted in the heat extraction oil. We assume that the final essential oil was created by simply steeping the main aromatic plant (flavoring) to the cold oil produced through heat extraction.

The aromatic oils of the second category were produced by directly steeping the flavorings and stymmata into a hot oil-base. This process could also entail boiling the mixture.

In the context of experimental archeology, it was attempted to produce in the laboratory three essential oils of the first category, namely two essential oils each of which would have a distinct flavoring (rose, sage), and one oil produced with heat extraction, containing the discreet, light scent of two stymmata (nut grass and coriander). As mentioned above, the Linear B evidence contains no written description of the process of manufacturing essential oils. Information regarding the selection of plant materials and the process of heat extraction was taken from the papers by Michalis Vogiatzis (Vogiatzis 2015), Dr. Ioannis Fappas (Fappas 2009), the research of Ellen Douglas Foster (Foster 1988) and Cynthia Wright Shelmerdine (Shelmerdine 1985) and the works On Odors by Theophrastus and De Materia Medica by Dioscurides.

The next step is to gather all the necessary raw materials. The contribution of our company’s agriculturist Mr. Giorgos Stavropoulos was decisive at this stage. According to Theophrastus, the best nut grass is produced in the Cyclades; and this is from where we procured it. We gradually gather every other necessary material, such as wild olive oil, rose petals and rose essential oil, sage leaves and essential oil, coriander fruits, wool as a filtering medium and red wine, used as an auxiliary agent mixed with the nut grass in order for the latter to release scent from its roots more efficiently.

At the end of March, after all the required materials are gathered, the laboratory equipment for preparing the essential oils is set up and I start working in the lab in April.

The first step after receiving the nut grass tubers is to process them in order to use the nut grass as stymma. We begin with cleaning, a difficult, time consuming process, as the root needs to be cleaned from the dirt and foreign agents be removed, washing, general and partial drying.

The first rose oil is ready in mid-April and the manufacture of two more oils, namely sage and nut grass/coriander oil, is completed by the end of the month. 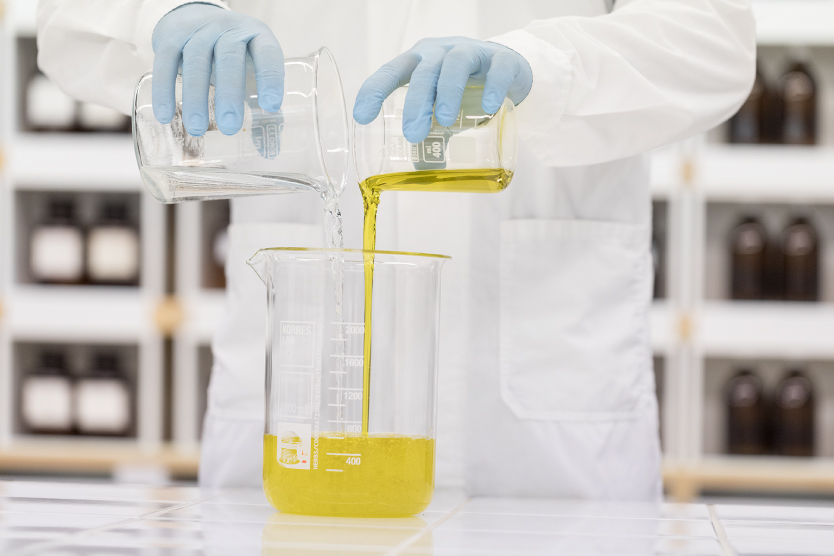 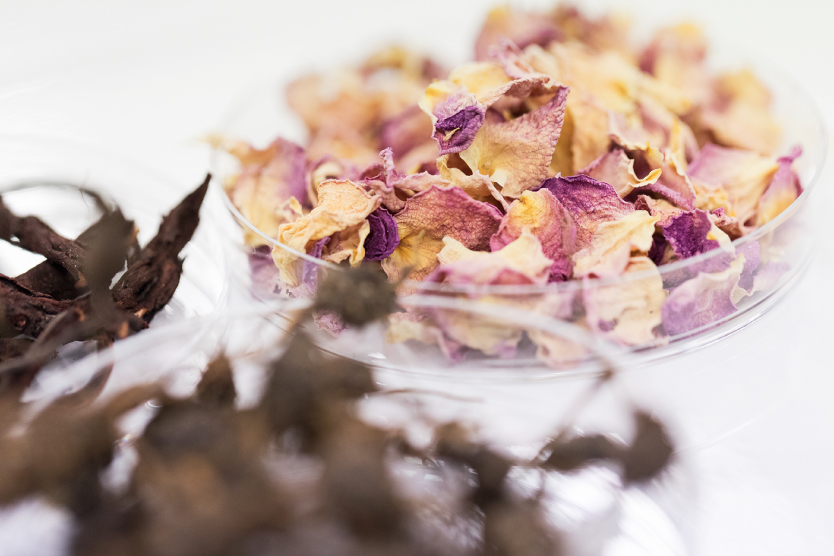 This project was exceptionally interesting for many reasons. The stage of bibliographic research is always interesting to researchers. However, in this case, particular care was required because, although the related specifications require that the methodology to be implemented is that of the sources from which the information and references were drawn, the fact that an experimental aspect was involved means that there is always an inaccuracy margin. With the risk of said margin, and with little information as our guide, we attempted to grasp the ancient world.

We conclude that, although we may be unable to grasp the ancient world, we can still get a very good taste of it. The results we achieved definitely vindicated my efforts in this respect. Every step, every stage along the way, from research and studying to the lab work, was magical in its own way and filled me with great satisfaction.

When it all started in the lab, it was as if an unknown path lay ahead. Depending on how things turned out and changed on the basis of new data and information that bibliography revealed to me, I adjusted my actions at my discretion. There were no clear instructions. I followed more general directions and trusted my experience and instinct.

For example, when the heat extraction oil was ready, its scent was indeed pleasant, which proved that the process followed was successful. This is what triggered the next stage.

Now that the manufacture of the oils has been completed, I have mixed feelings. There are things that we don’t know about the ancient world, for instance, regarding their technology, precise details about their equipment, even the number of people that had to be involved in the whole process. Therefore, we are not able to claim that the method used by perfumers in antiquity was followed to the letter. Nonetheless, we attempted to come as close to it as permitted by the information we had at our disposal.

In general, I have the feeling that I made a journey; a journey to the ancient world of perfumery, throughout which I felt that I myself touched and smelled, although with modern means and equipment, the same raw materials and fragrances, that I experienced the same sensory stimuli as the perfumers of antiquity and that I definitely, although for just an instant, shared with them the pleasure creating an essential oil in the lab. It was a journey back in time because, although we cannot grasp the past, we can experience the same feelings as our ancestors through the same raw materials.

The following table lists the materials used to manufacture the three essential oils.

Material for blending with stymmata (Theophrastus, On Odors, 23)

* The essential oils were used as auxiliary means to enhance the scent of the finished essential oil. Linear B script texts contain no indication of the use of essential oil manufacture technology. 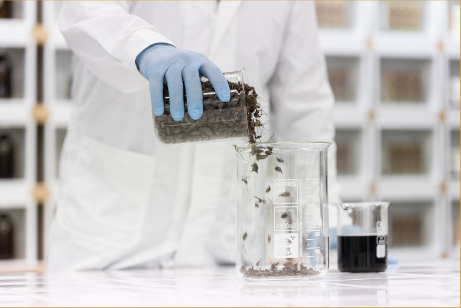 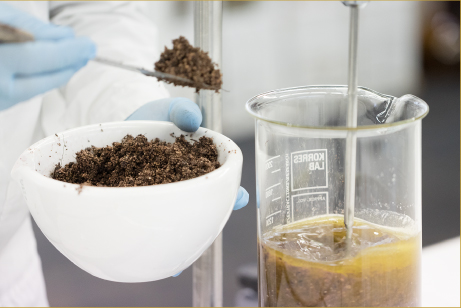 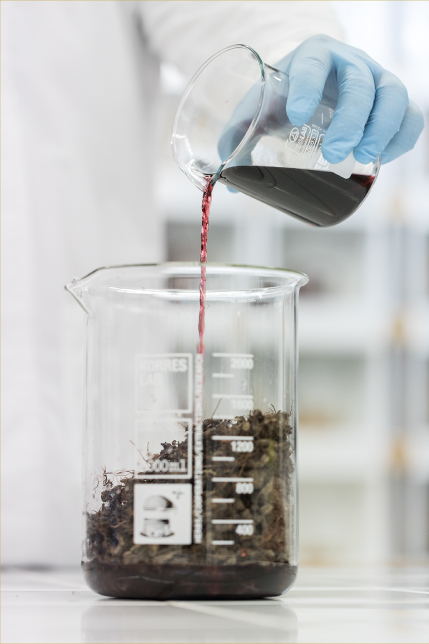 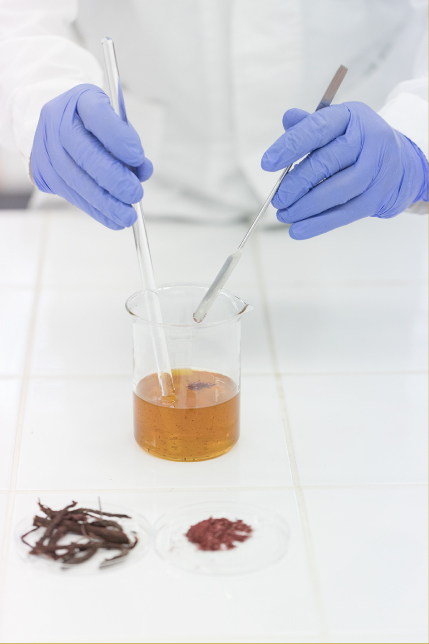 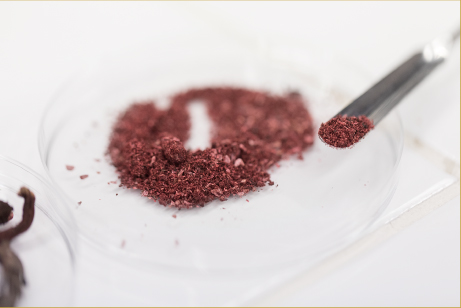 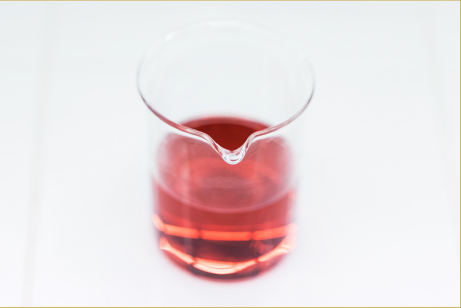